Zanzibar Slave Chambers that built around 1880 from the cave and connected to the seaside 2kms away,the area is surrounded by varieties of indigenous trees such as Breadfruit,Rambotans and scent shrubs. It was an important transit point for the captured slaves to be sold to the outside world at the time of the abolishment of slavery in 1873 especial in the middle East

Between 1880-1905,the Slave chamber was being used as a place of concealment of the human cargo pending their disposal. A utilized as the hideout by the Arabs for their human cargo ready for shipment

The four hour guided tour begins and ends at your Resort. Mangapwani (“Arab Shore”) lies in a district where many Arabs used to live before the blood revolution which was carried by majority of people in Zanzibar in 1964. In the village there is a Ruin of large government “Bungalow” which was built by the Arabs who originally owned Prison Island. Newly opened Serena Restaurant is nearby the Slave Caves. Swimming, Sun bathing may be done if interest. 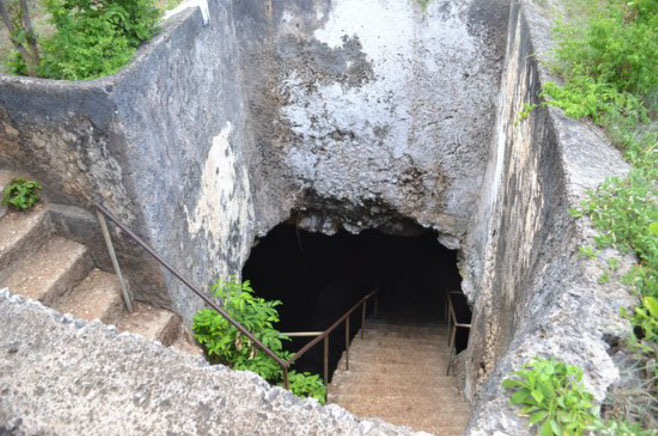